A solid south swell is headed to Costa Rica. It is time to load the surfboards, coolers, and beach chairs into the truck and head to Pavones, home of one of the longest waves in the world.  I have butterflies in my stomach my mind is racing, and to be perfectly honest, I am a little nervous. The swell that is bearing down on Costa Rica is 8 feet at 20 seconds. That translates to 20+ foot waves or triple overhead. For an old man that grew up on Folly Beach South Carolina and used to knee to waist high waves, there are scary monsters approaching! 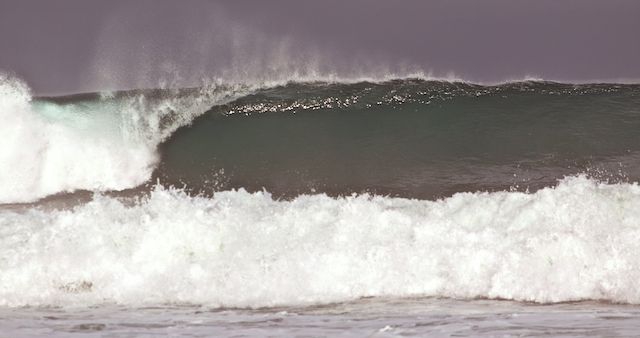 Pavones aka Turkey Town is located in the south pacific region of Costa Rica on the southern coast of the Golfo Dulce. The quaint beachside town is known around the world for one thing, epically long waves. The wave breaks for approximately 1.2 kilometers when the swell direction is right. When the swell direction isn't perfect the usually super long wave breaks in 4 different sections of roughly 300 meters each. The "point" is where the wave first breaks and where it is at it's biggest and most powerful. The "river mouth" is the second largest that breaks from the point to the "cantina" section. The "cantina section"  is named for the legendary bar and restaurant called "La Cantina" that used to sit on the shore before burning down in 2012. They used to say the wave comes so close to the bar that you could pass surfers a beer without leaving your barstool. The next section is called "fish shacks" because the wave ends just in front of the local fish market that is housed in rickety wooden structures.  This is the best place for beginner surfers as the wave is at it's smallest and most relaxed. 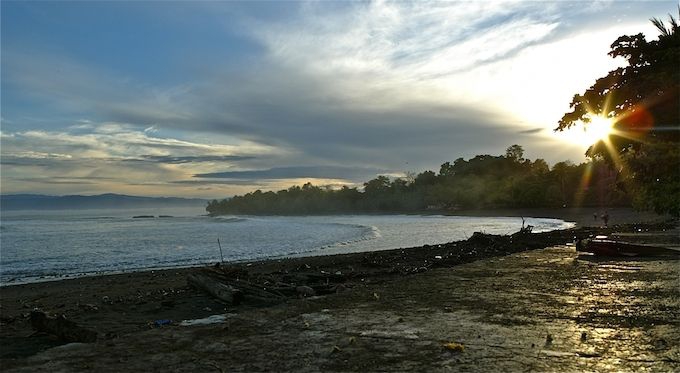 As you might expect surfers from all over the world travel to Pavones to catch the longest waves of their lives.  I heard a guy from Hawaii say that he got more time actually riding a wave in one week of surfing Pavones than a year of surfing Hawaii's waves. The mixing of different nationalities, languages, temperaments and skill levels along with the desire to catch one of these seemingly endless waves creates a rivalry of sorts in the lineup. When Pavones is firing, it is also crowded with extremely competitive surfers jockeying for position. If you are shy and wait for things to happen, you are likely to be sitting a while. If you paddle for a wave and miss it, or screw up on take off and "donkey it" then you will be watching others surf most of the day. The crowds usually thins out and becomes less aggressive when the waves are less than head high, and the further you get away from the point. There are some less crowded waves surrounding Pavones, but the locals will get angry with us if we explain wherethey are and how to get there. Your best bet is to be-friend a local and ask questions.

The town of Pavones is small, rustic, and definitely has a surfer vibe to it. People walk around with surfboards under their arms, sunburnt from spending time in the water.  The "downtown" area wraps around a soccer field with a river on one side, the longest wave in Costa Rica on another, and on 2 sides, shops, restaurants, and a few small surf hotels. Rental homes and larger hotels are scattered throughout the hills surrounding the town. The grocery stores are located a few hundred meters from the center of town. We recommend buying most of your supplies before arriving in town, markets in other areas of Costa Rica are less expensive. 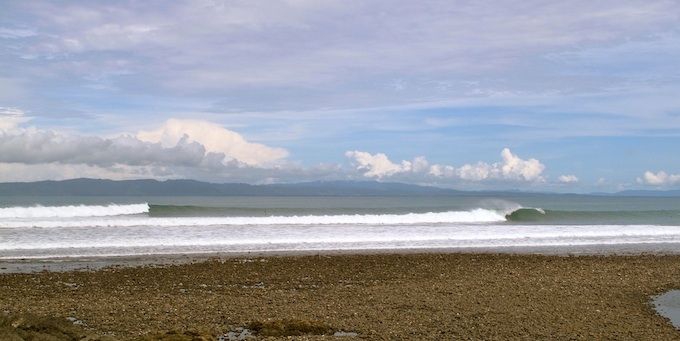 I wish I could say there is a lot to do around Pavones besides surf, but it is not the case. The locals are there for the laid back atmosphere, the waves, fishing and to enjoy a cold beer at the end of the day. There are some tour companies and a few surf schools, but Pavones world revolves around waves. Big, long, perfect waves.

Getting to Pavones can be a challenge if you are staying in far away places such as Tamarindo, Jaco, San Jose, and Puerto Viejo. There are two routes you can take to drive to Pavones. You can take the main highway all the way to the Costa Rica Panama border at Paso Canoas and then take the backroads through Laurel and Conti or take a ferry from Golfito. The other option is the fly into Golfito and go from there. If you are a surfer, the extra effort it takes to get to Pavones is well worth it. You will agree once you are standing on your surf board riding a perfect, seemingly endless wave.
Written by:
PUBLISHED: Jun 9th 2017