Soccer is Costa Rica’s most popular sport. It is part of their culture and the locals spend hours on end talking about their favorite team.  The national team is also very celebrated. The locals call the team the “Sele” short for seleccion, which means team in Spanish. Costa Ricans eat, sleep and dream about football. It is part of everyday life and when the Sele celebrates, they celebrate as well. The success of Costa Rica’s National Team  in this year’s World Cup has sparked renewed national pride in their beloved Sele. Costa Rica’s team is the third most successful in the Confederation of North, Central American and Caribbean Association Football (CONCACAF), after Mexico and the United States. However, with only four World Cup appearances, no one other than Ticos, knows much about the Costa Rican team. 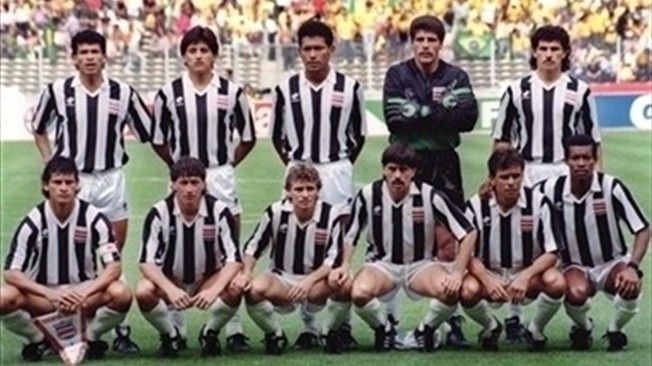 History of Costa Rica in the World Cup
The first time that the Costa Rican national team made an appearance on a world stage was in the Independence Centenary games. These games were held in 1921 and the country beat both El Salvador and Guatemala to win the trophy. Unfortunately, Costa Rica was not able to participate in the World Cup until more than half a century after that. Other teams in the region had key wins in order to qualify even though Costa Rica was ranked as the second strongest team in the CONCACAF behind Mexico. The Costa Rican team always participated in the qualifiers and even finished runners up in the 1958, 1962 and 1966 rounds. Their dream was so close as the team was only one win away from participating but it wasn’t until the 1990s that they actually qualified.
In the first round of 1990 qualifiers the Sele beat Scotland and Sweden. To advance to the next round, the team needed to beat Panama. The Costa Rican team played the first game at home, which ended in a one to one tie. In the second game, the team gave it all they could and beat Panama in an away game 2-0 victory. After a few more games against other international teams, Costa Rica beat El Salvador 1-0. This lone goal was scored by Pastor Fernandez, which gave the team 11 points. The US also had 11 points but Costa Rica was given the World Cup invitation due to goal difference. Costa Rica lost in the round of 16 to Czechoslovakia putting them in 13th place overall. Costa Ricans fondly remember the 1990s World Cup games held in Italy. Anyone over 30 can tell you how Costa Ricans rejoiced over their first invitation to the World Cup finals and where they watched the games. The locals enjoyed celebrating for days and still hold this event as a game changer for Costa Rican soccer today.
The team seemed to be growing and advancing but did not make it into the World Cup USA 1994 and France 1998. Some say that it was due to lack of planning and organization on the team’s part and others blame the players and its leaders for the poor results that made it lose out on these opportunities. The Sele got back on track, however, when they qualified for the World Cup 2002 held in South Korea and Japan.
The Costa Rican team fought hard for its qualification to the 2002 games. The qualifying matches were filled with ups and downs including victories against Mexico and the United States. They managed to qualify in first place, despite an exciting match against Brazil in which the Sele lost 5-2. The team was in fact the only one to score two goals against this tournament champion during the 2002 games. Morale was high, even after several defeats in the first few rounds, and they ended up placing 19th.
Costa Rica continued its luck with a qualification into the 2006 World Cup held in Germany. The qualifying games were mostly filled with loses however after losing 4-2 in Munich against the hosting German team. The Costa Rican team finished third behind the United States and Mexico and ended in 31st place after the 1st round of group games. 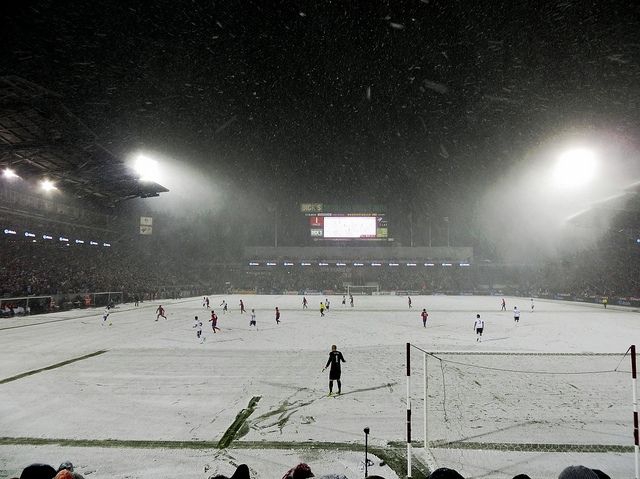 World Cup 2014 in Brasil
Sele traveled a tough road to qualify for the Brazil 2014 World Cup. Despite various uneventful games in the qualifying rounds, there were some very exciting games including a 1-0 loss against the US in Denver during a snowstorm, and a 3-1 win against this same team in Costa Rica’s home stadium in San Jose. In the end,  the Costa Rican team was able to finish second in the CONCACAF table, behind the United States. In December the Costa Rica was drawn into Group D along with international powerhouses and past World Cup winners Italy, England, and Uruguay. Costa Rica was widely expected to finish dead last in this group, and were given almost no chance to advance to the round of 16. Costa Rica shocked the world by winning Group D after beating Uruguay 3-1, Italy 1-0, and tying England 0-0 to collect 7 points.  Uruguay finished 2nd in Group D with 6 points. Italy and England are headed back to their respective countries to lick their wounds and try to figure out what happened to their teams. Costa Rica’s win over Italy sparked a country-wide party that went on for days and closed major roads. Costa Rica’s newly elected president, Luis Guillermo Solis, was seen reveling with the masses, celebrating Costa Rica going to the Round of 16. 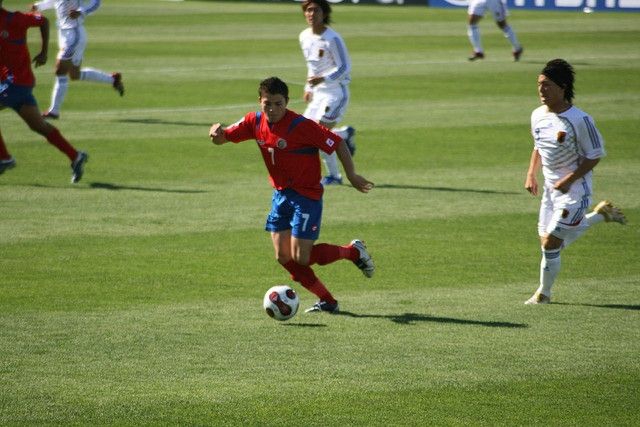 For those of you that will be visiting Costa Rica during the World Cup, get ready to see a country fully involved with their National Team. Bars will be packed with Ticos shouting at the TV. If Costa Rica continues to win, the already 'happiest country in the world" will be even more so.