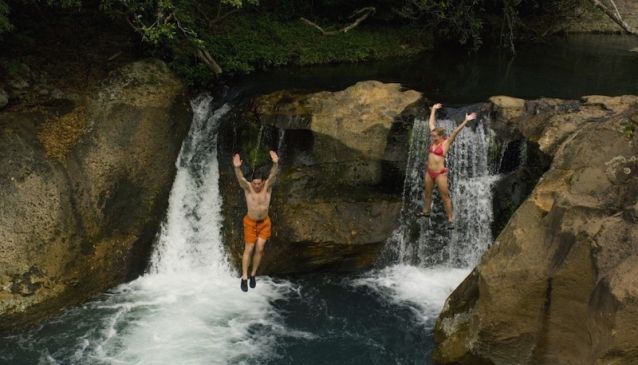 Known for its many hot springs and mineral baths, Rincon de la Vieja National Park is located in the north-western part of the Province of Guanacaste and includes a highly complex chain of andesitic volcanoes.   Its name means 'The Old Woman's Corner,' a reference to a local legend about a young girl whose lover was thrown into the crater by her father.  She never left her lover's side and remained on the mountain becoming a recluse until dying of old age. Local folklore credits her with giving powers of healing to the mineral baths she lived beside her entire life.

Rincon de la Vieja stands 6,286 ft above sea level and its summit is the highest point in the park with a large number of fumaroles and hot springs covering its majestic slopes. Taking one of the many trails, which are well marked throughout the park,  you will enjoy lush vegetation, many animal species, bubbling springs, freshwater lakes and cascading waterfalls.  Experienced hikers may elect to hike to the volcano's summit, a rigorous all-day endeavor, but certainly worth the effort once you clear the summit. There are numerous camping and picnic areas, but there are no resources to purchase food so prepare a picnic before you arrive if you plan on spending the day in the park. There is a variety of accommodation offered outside the park in the small village of San Jorge as well as a small airport for those that want to fly in for the days adventure.