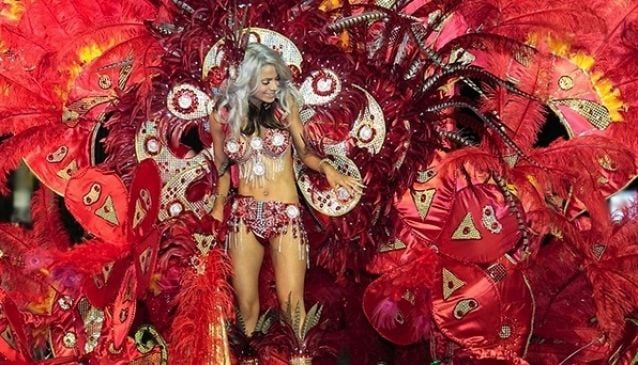 The small town of Palmares opens its arms for three weeks every January to what seems like the entire population of Costa Rica for the grandest of all Costa Rican festivals, Las Fiestas de Palmares. The Palmares Festival reminds me of Mardi Gras but instead of floats of scantly clothed bead throwers, the town is packed with Costa Rican cowboys and cowgirls riding horses, showing off their livestock and drinking more Guaro and Imperial than seems possible. Ok, that is not all Palmares is, but you will definitely see what I am talking about if you decide to go check it out for yourself. You will find about anything you want at Palmares Festival.

There are a few things you shouldn't miss while at Palmares. The live concerts they host each year brings in local as well as international talent with musical styles ranging from traditional Costa Rican music, to Rock and Reggaeton. One of the biggest draws to the festival is the bull fighting. Different from the bull fighting found in Spain, the livestock is not injured in any way. Costa Rican style bull fighting consists of allowing dozens of mostly drunk men to play the role of rodeo clown. They tease the bulls, slapping them on the butt and then run for their lives. It is a spectacle to say the least, but one that I suggest watching from the stands and not engaging in. The other main event at the Fiesta de Palmares is the Tope, or horse parade. Costa Rican cowboys saddle up and form a large pack that wanders through the streets showing off their horses and their riding skills. We have seen some spectacular displays of horsemanship as well as some failed attempts at showing off.

The Palmares Festival goes on for 2 weeks and the schedule changes each year. I recommend checking the program while planning your trip to make sure you catch the events you are most interested in.