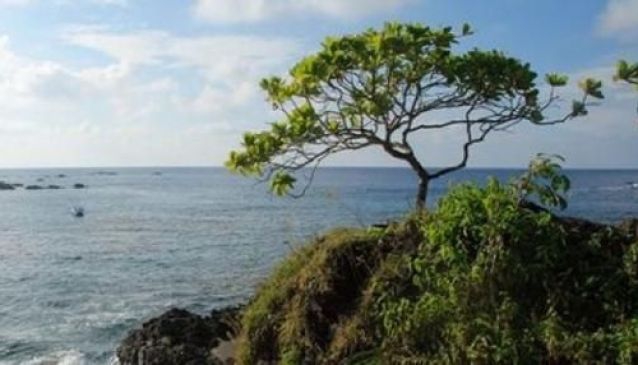 Cano Island lies 20km off the coast of the South Pacific Region from Drake Bay and is considered a geographical and geological significant island in Costa Rica. Once thought to be the burial site for the tribal leaders from the mainland tribes, you can spot large sphere shaped monuments scattered around areas of the terrain. These are thought to be some sort of headstones signifying the importance of the leader's position. The larger the sphere indicates the level of influence and leadership they held among the tribes.
The entire island and rocky shorelines are volcanic rock fragments, one of the reasons the marine life on and around the shores of the island are thriving. Big schools of fish, dolphin, devil rays, sea turtles and seasonally, whales, can be seen in the Osa Peninsula and around the perimeter of the island. The pelagic fish that inhabit the area are significant and make a truly memorable diving experience. This makes Cano Island an ideal Scuba and snorkeling area with many choices of charters to get you there. While the island is only inhabited by researchers and staff of the Ranger station, some tours offered allow you to explore Cano Island's shore and hillsides. Hiking up to the highest peak allows you to look out over the entire Osa Peninsula with expansive views along the rocky shores of the island. If you are into scuba diving, this is a superb place to consider. There are no restaurants or accommodations on the island.

How to Get to Cano Island
You can take one of the daily flights into Drake Bay, Golfito, Palmar, or Quepos and catch one of the many tours or charters that are offered through the eco-lodges or marina. There are charters from most port towns in the South Pacific Region to whisk you over to the island on a variety of tours.