Tall tales of tall ships carrying priceless treasures have been repeated throughout history and have spurred many treasure hunters to risk life and limb searching for lost gold silver and religious symbols adorned with jewels. Costa Rica is rich in pirate history with some of the most recognized pirates claiming to have buried vast treasures on it's shores. Looking at a map it is easy to see that Costa Rica is a likely place for these marauders to hide their booty.  The miles of rugged coast, offshore islands, and protected bays make for perfect hiding places. Isla del Coco or Coco Island is by far the most famous place in Costa Rica's pirate history. The tiny island that Jacque Cousteau called "the most beautiful island in the world" and was also on the short list to become one of the "New Seven Wonders of the World" may be hiding more than just natural beauty within its rugged landscape. 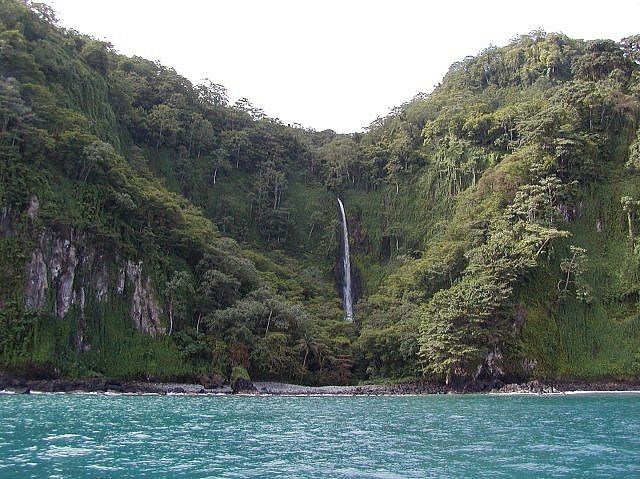 One of the most famous lost treasures is the "Treasure of Lima"  Like most treasure hunts in Central America this story begins with a European country, in this case Spain, trying to hold onto to its colonies in the new world and the riches they gained from them.  In 1820, Lima Peru was under Spanish rule, but the South American Independence fighters were threatening to take over the city and revolt was in the air.  The viceroy of Lima decided that in order to safe guard the riches of Lima he needed to export it to a Spanish stronghold in Mexico. He enlisted William Thompson, captain of the Mary Dear to carry out this task. They loaded jewels, gold, silver, heavily adorned candlesticks, and two life sized gold statues of the Virgin Mary holding baby Jesus aboard the ship. The viceroy's most loyal guards were also sent to watch over the vast riches on their journey to Mexico. The Mary Dear left the harbor without incident, and all seemed well until temptation got the best of Thompson and his crew. One night they killed the Spanish guards and changed course to Cocos Island (Isla del Coco) located 340 miles off the pacific coast of Costa Rica. 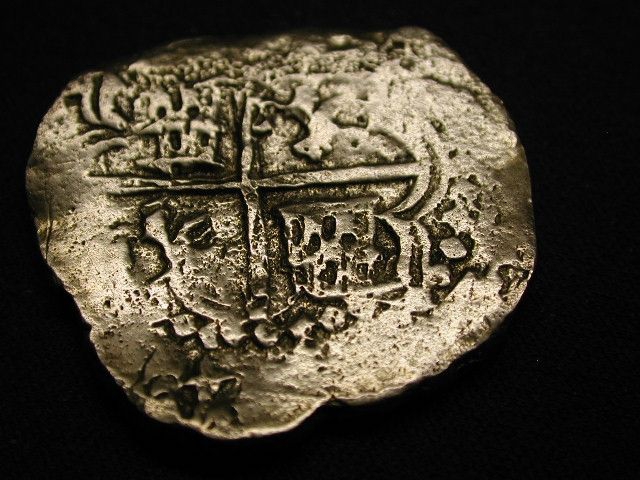 Another pirate was roaming the waters around Isla del Coco at the same time. The infamous Benito "Bloody Sword"' Bonito  had left the warm waters of the Caribbean to escape pursuit from other pirates and the warships of Britain and Spain. He was known to have vast riches buried in the West Indies from past exploits so to avoid capture he rounded Cape Horn in his brig "Ralampago" or "Lightning" and headed to the waters of the Pacific off the coast of Central America. As they were sailing north up the west coast of South America, they spotted a Spanish Galleon loaded with riches from the New World. They easily boarded her and loaded all the treasure onto the Ralampago. The newly acquired load was too heavy to allow safe and swift navigation, so the crew set sail for Cocos Island to stash their new treasure before pursuing more booty on the high seas. Upon arrival at Isla del Coco,  they decided it was a perfect base of operations for their new territory in the Pacific. There were bays that could hide their ships, good defensive locations they could use to protect themselves, ample supplies of fresh water and feral pigs to eat.  Once the treasure was offloaded they set sail again looking for plunder. They came across a fishing boat and learned that the revolutionary war plaguing South America had spread to Mexico. They hatched an igneous plan of sending their most trusted crew members into the Spanish port town of Acapulco to learn more about the war and gain knowledge of how the Spanish intended to protect their riches. Benito's crew mingled and drank with Spanish crews and learned that the wealth of Mexicos government and elite citizens was going to be loaded onto two ships headed for Spain. Benito Bonito lay in wait outside the port of Acapulco and sure enough, 6 weeks later he spotted them. He immediately came along side of the first vessel and without warning fired canons into her hull killing almost half her crew.  Benito commanded a portion of his crew to board her and take control. Then he set his sites on the second ship which had turned around and was trying to escape capture by heading back to Acapulco. The winds were not with the escaping ship and Benito quickly captured her and killed everyone on board. Once the treasure was safely aboard the Ralampago, he turned toward his new base in the Pacific, Isla del Coco. It is said that Benito buried 300,000 lbs of silver, 733 gold bricks each 4x3 inches and 2 inches thick, 273 swords with gold hilts and massive amounts of other precious trinkets.

Benito was fairly well established on Cocos Island when Captain William Thompson and the crew of the Mary Dear arrived in 1821. The two crews and their captains decided that, by joining forces, they would be able to sack more boats and soon they were sailing together. This arrangement was short lived as they got into a battle with the frigate Espiegle. When the battle was lost Benito took his life by shooting himself in the head. The rest of the crew was taken to Jamaica where all but Thompson and his first mate were executed for piracy. The two survivors told of the riches buried on Cocos Island and promised to show their jailers where it was hidden. Upon returning to Cocos Island, the two prisoners escaped into the jungle. The Spanish guarded the island and searched for the two pirates for months but never saw them again. A few months later a British whaling vessel arrived on the island seeking fresh water. Thompson was able to talk the captain into taking the pair to the Costa Rican port town of Puntarenas. The two men became ill and died soon after but not before Thompson befriended John Keating and gave him a map showing where the treasures of Cocos Island was hidden. 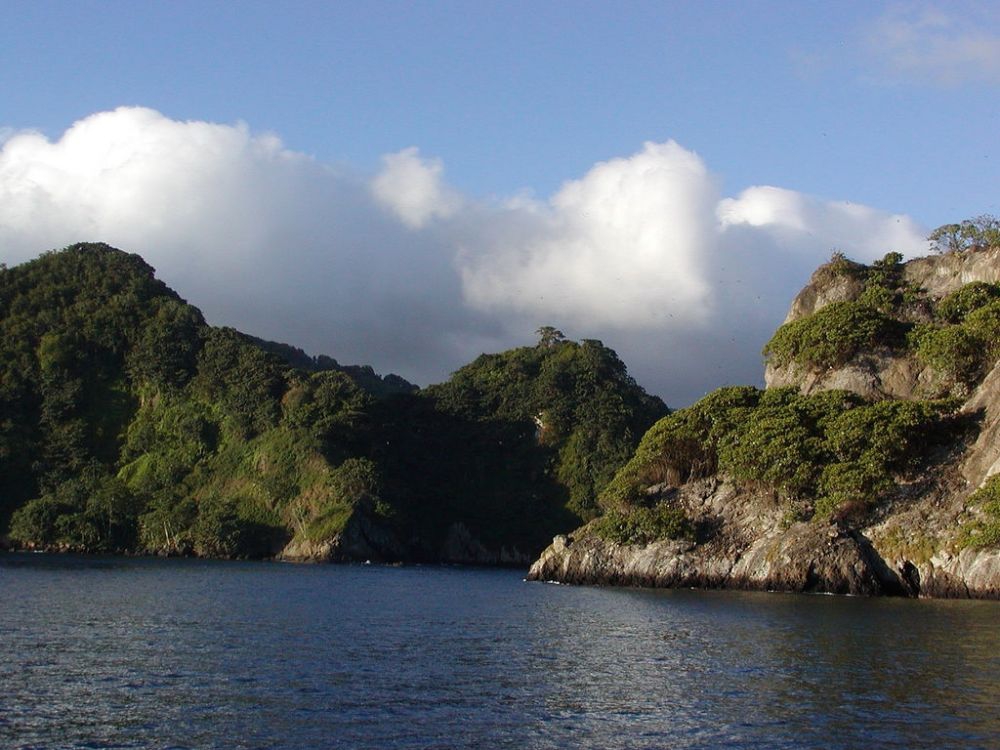 John Keating found a few investors and hired captain Boag and his ship the Edgecomb to take him to Cocos Island to pick up the search for treasure.  The story gets cloudy here, but legend has it that only Keating and Boag went ashore and found the vast treasure. They tried to swindle the investors and the crew of the Edgecomb saying that they did not find anything, but the crew found gold on them and demanded that they show them the treasure. Once again a search party wandered onto the island and once again the persons who knew where the treasure was hidden escaped into the jungle leaving the rest of the party searching aimlessly. The Edgecomb left the waters of Isla del Coco leaving Keating and Boag stranded for a few months until another ship anchored just offshore. Keating was the only one still alive at this point, and he talked the ships captain into taking him off the island.

The fact that Keating returned to St. Johns Newfoundland with enough money to start a business and live in luxury until he died confirms the legend of the lost treasure and has spurred hunters to search Cocos Island ever since. The most famous and long lasting of these treasure hunters - and whose research was most widely used for this article - was a German named August Gissler. Armed with accounts and maps from John Keating he spent nearly 20 years (from 1897 to 1908) searching for the treasures that so many pirates reportedly buried on Isla del Coco (Cocos Island). While he did find 6 gold coins, he never found the gold, silver and jewels that today would be worth over $160,000,000. A list of famous figures that have tried their luck on Cocos Island include President Franklin Roosevelt, Sir Malcolm Campbell, and Errol Flynn.  In August 2012 another expedition armed with the latest technology started their journey towards Cocos Island, we look forward to hearing their stories and hope that the mystery of the Lost Treasure of Cocos Island is finally solved. 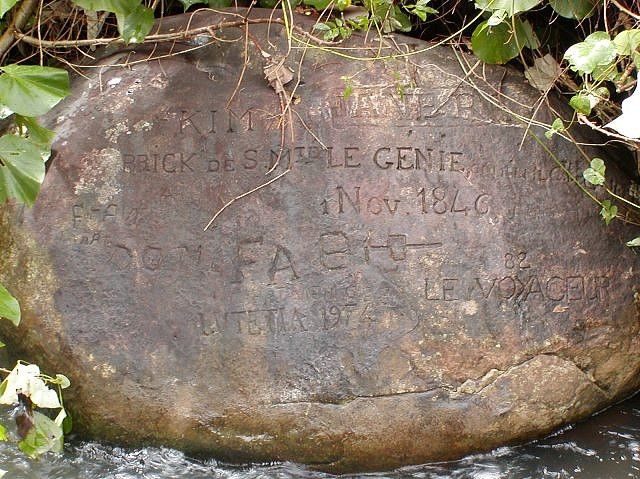