The only constant in life is change. Sometimes change is slow and almost unnoticeable while other times it happens so fast it is shocking and hard to adapt to. At 8:42 am on September 5th, 2012 Costa Rica's Nicoya peninsula was forever reshaped in two short yet tumultuos minutes.  A large tectonic plate known as Cocos Plate slid under the adjacent Caribbean Plate causing a powerful 7.6 magnitude earthquake, the second strongest in Costa Rican history. The memory of the tsunami that hit Japan a year before killing over 19,000 was still fresh in peoples minds, and as you might imagine, caused a panic in the beach communities that had everyone running for higher ground.  Thankfully the tsunami never arrived and no lives were lost, but the quake did cause millions of dollars in damage to local infrastructure. On our most recent surf trip to Nicoya,  we learned of another national treasure that was effected by this powerful natural event, the waves.

Let me be clear, so as not to freak out all the surfer with trips planned to Costa Rica, there are plenty of waves on the Nicoya Peninsula. The famous waves at Ostional, Nosara, Guiones, Santa Teresa, Playa Carmen, Mal Pais and others are still there, unaffected by the earthquake. The breaks impacted most were those found in the smaller bays that are partially protected by an offshore reef. The small "surf" town of Samara sits on the shore of such a bay, and is one place where the wave simply disappeared. In order to understand why this happened, let's take a look at how waves are created and what factors affects their quality and shape. 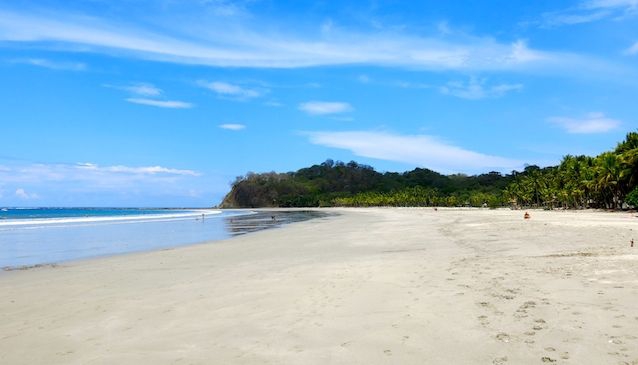 Most "hardcore" surfers moonlight as amateur meteorologists. I know I spend as much time looking at weather charts, checking NOAA buoy readings and forecasting local conditions as I do actually surfing the waves. There are a lot of factors that dictate the size, shape and quality of a wave such as wind speed, duration, fetch, bathymetry, wave speed, beach shape, swell direction, local winds, and refraction. Each of these factors effect waves and give them "personality". Waves can be broken down into two parts. The top of a wave is known as the "crest", and the bottom or lowest part of the wave, is known as the "trough". As the wind blows over the water's surface, it creates small waves that start their journey to shore grouped closely together. As the wind continues to blow, these little waves join forces and create larger waves that are spread farther apart. Think of the last time you dropped a rock in the water. The waves created where the rock entered the water are small and close together. As the waves travels towards shore, there are fewer of them and the distance between crests increases. Waves that travel over hundreds or even thousands of miles in groups are called swell.  Waves are measured in two ways, wavelength and wave height. Wavelength is the horizontal measure of distance between wave crests. Most surfers convert wavelength (distance) into time and call that measurement "period".  Wave height is the vertical measure of distance between the bottom of the trough and the top of the crest. From now on, when you hear a surfer say "dude, there is a big swell headed this way, it's five feet at 20 seconds", you know what they are talking about. Five feet refers to wave height, and 20 seconds is the period or wavelength measured in time. Period is very important when forecasting waves. The longer the period (wavelength in time) the stronger the wave. When a swells period exceeds 13 seconds we refer to it as a ground swell. Periods less than 13 seconds are called wind swell.

Once swell is traveling towards shore, the next factor that will affect the size and shape of the wave is the bathymetry (underwater topography) of the ocean floor as it approaches the beach. Swell that reaches a beach from deep open ocean will behave differently than one that reaches a long slightly inclined beach.  The farther a wave travels with the trough dragging on the bottom of the ocean, the weaker it becomes until it finally crashes on the shore depleted of most of its energy.  A wave that approaches a steep incline from deep water will "stack up" and crash with all its force. The wave suddenly hits shallow water making the trough slow quickly. The crest overtakes the trough, and the wave breaks. So if, you are sitting on a beach and notice one spot where all the surfers gather, you can surmise that the bathymetry causes the wave to break better in that spot.

My childhood break at Folly Beach South Carolina is a great example of this. Folly Beach is roughly 6 miles long yet the waves break much better along a 200 meter long stretch of beach known as the Washout. The reason for this is that while most of the beach on Folly has a long gently sloping incline, the Washout enjoys and offshore trench leading to the beach that allows waves to approach with more power. 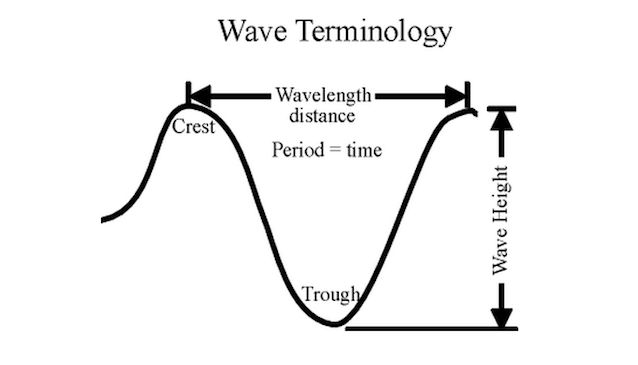 Now that we know the parts of a wave and how bathymetry effect their shape, let's explore how Samara's wave virtually disappeared. The bay is protected from local winds on 3 sides by jungle covered hills. The bathymetry of the bay slops gradually from the beach out to a rocky reef on the western side that extends out to the south. Waves that entered the bay would slow and weaken as the trough dragged over the reef and bottom. This made the waves perfect for beginner surfers and Samara a hot spot for surf schools. When the 7.6 magnitude earthquake hit in the Pacific Ocean just off the Nicoya peninsula, the ocean floor exploded causing a violent ripple effect that changed the bathymetry along the coast. The rocky reef at the entrance to Samara's bay rose almost 5 feet, nearly closing the bay off to ocean swell.  The waves that once passed over the reef now slam into it, which takes the majority of the power out of this once popular beginner wave turning it into not much more than a ripple. Samara's wave was not the only one affected but is the most noticeable as the town has long been considered a surf destination. We noticed as we roamed the coast searching for breaks that some waves vanished and new ones were born. It is an exciting time to search for new "secret" surf spots on the Nicoya Peninsula. 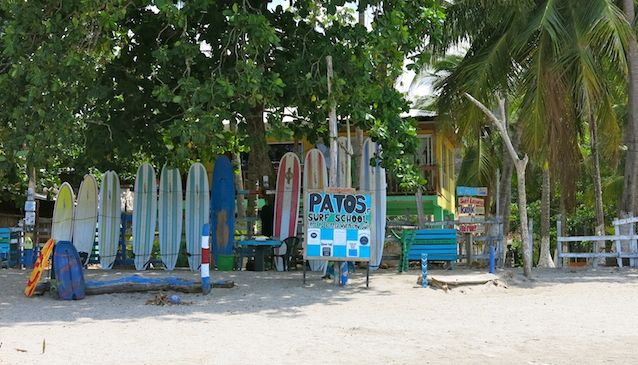 Samara is a fabulous beach town that has a unique vibe not found anywhere else on the Nicoya peninsula. Beach front bars serve cold beer and tasty food during the day, then party fireside at night. A mix of locals and tourists keeps the town exciting with an influx of new personalities arriving daily. The surf schools and surf related businesses are adapting to the lack of a wave by offering stand up paddle boarding, kayaking, snorkeling and other water based activities in the now tranquil bay. Where we used to see people learning to surf, we saw groups paddling stand up paddle boards (SUPs) across Samara's bay towards Carrillo enjoying a day on the water. Most surf schools in the area have always taken trips to "secret spots" that surround Samara and continue to do so.  The town's restaurants, bars, and hotels seem to have already adapted to the new landscapes and realities.  While we wouldn't add Samara to a list of the top surf destinations in Costa Rica, we would still put it on the "must see" list of towns on the Nicoya peninsula.