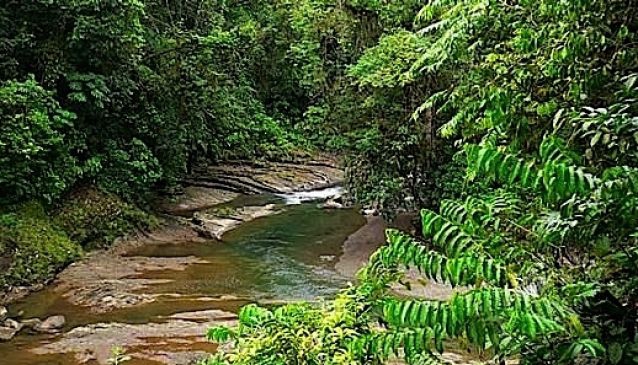 Barbilla National Park is the least visited National Park in Costa Rica but don't let that stop you from exploring its 29,5000 protected acres. Hikers will enjoy the challenge of 'summiting' Cerro Tigre which is the highest point in the park, as well as hiking other trails that wind through less challenging terrain offering a chance to see endangered species such as ocelots and pumas. Birders will stay busy identifying exotic birds as there are over 400 different species located within Barbilla National Park's borders. Nature lovers will enjoy the feeling of going where no man has gone before as they traverse the park without seeing other tourist groups.

One of Costa Rica's largest indigenous tribe, the Cabecar Indians, live deep in the park much like they did hundreds of years ago. The Cabecar still live 'off the land' and are proficient hunters and fishers.   Their small villages do not have running water or electricity. They do not speak Spanish but have their own language, and are pretty much cut off to civilization as you and I know it.

Because Barbilla National Park is the least visited park in Costa Rica it does not receive as much attention from the government as other parks. The trails are rugged and there is little infrastructure to accommodate its visitors. You will find bathrooms at the Barbilla Biological Station, but there are no restaurants or shops inside the park. If you are visiting Barbilla you may want use Siquirres as a base of travel. There you will find gas stations, hotels, restaurants and other facilities.